Combining a respect for nature with a highly conceptual investigation into image making, Myoung Ho Lee has been photographing the trees of his native Korea since 2006, isolating them from their surroundings through the imposition of a white canvas backdrop. Through digital retouching, he removes evidence of the canvas’s support structure, so that it appears to float unaided behind the tree that it frames. At once deadpan and playful, the resulting photographs highlight the beauty and physicality of the trees, while also flattening them, causing them to appear as unreal, two-dimensional images inserted into the landscape. (source)

“Lee works slowly, observing each tree for four seasons before photographing it”

“Through this interplay between nature and artifice, Lee collapses the traditions of portraiture and landscape painting and photography, examining the nature of representation and its effect on nature itself” 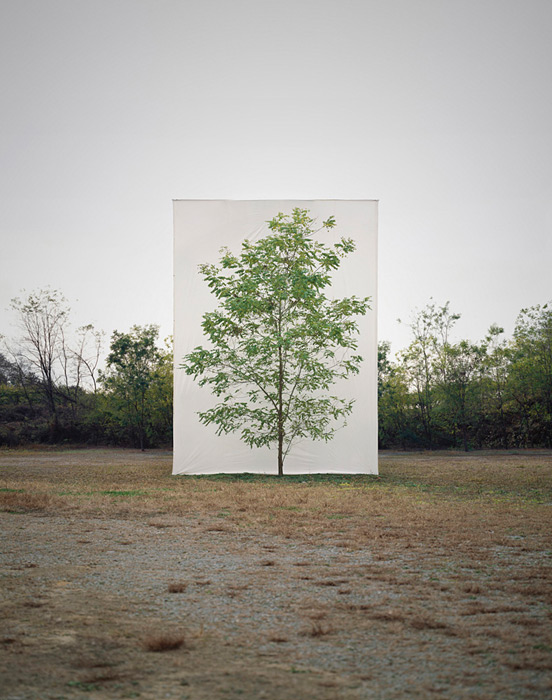 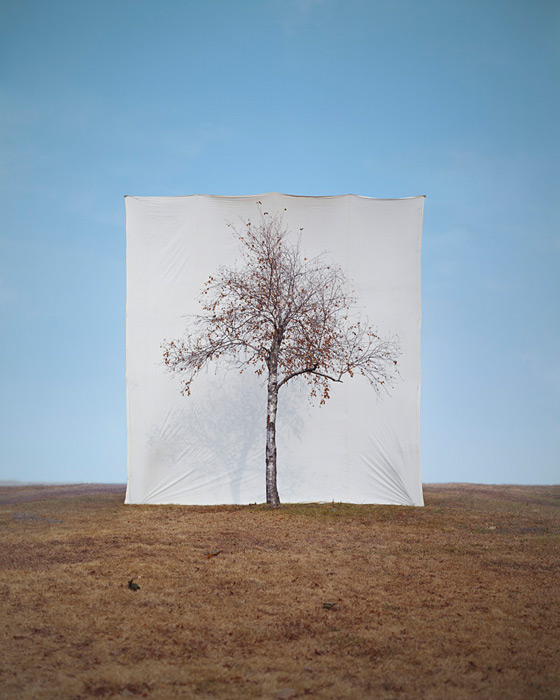 Turning the banal to something attractive: visual art by Serge Hamad

A colorful and detailed dreams’ reality by Zhou Fan

Contradictory conditions of dream and reality by Prasit Limpasatirakit

Pop art: a dark side point of view by Bob Dob.

Impact at first sight: Baba Shiro offers something new to discover yet.

The Secret Life of Heroes by Grégoire Guillemin